United Apple Sales is a worldwide marketer of apples, pears and cherries with operations in the domestic Northeast, Washington state, and international supply partners in the Southern hemisphere. With modest beginnings as a family farm in western New York, United Apple has evolved into an integrated produce company that combines its own growing operations with import and export capabilities to offer full-year supply assurance to retailers, wholesalers, and canning and juicing companies. Our entire team of growers, associates and suppliers are driven by the same principles that our founding family the Dobbins shared: Growing the finest quality fruit to deliver the healthiest and most flavorful eating experience to all of our customers!

United Apple’s roots are traced back to 1905 and the Dobbins family’s ongoing commitment to growing the finest and most flavorful fruit. Over the past century, the farming operation blossomed from a 100-acre piece of farmland to diversified business lines that cater to the needs of retailers, wholesalers, growers and food processing companies. 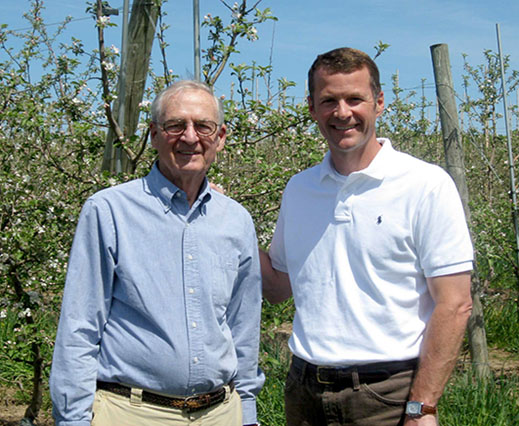 Four generations of the family are carrying on the Dobbins’ heritage of providing the finest quality fruit that enabled the company to expand from a regional grower to an international supplier of fresh produce. The one constant has been each generation’s renewed dedication to cultivating success through the core values of teamwork, honesty, integrity, innovation and paying it forward. This collaborative approach has stood the test of time and lays a solid foundation for the next generations supporting the United Apple brand and commitment.

Based in Lyndonville, a rural community in western New York, United Apple is run by the fourth generation of the Dobbins family, now with Ward and his family leading the company and its multiple business lines. The original family farm along with an additional 200 acres of its own and another 1,000 acres of grower fruit is located in the premier growing region in central New York. United’s executive, administrative, production, operations/logistics and sales staff are also based in New York. Together they form an integrated team that is embedded in every aspect of the business to drive the commitment and promise of exceptional fruit that has stood the test of over 100 years. 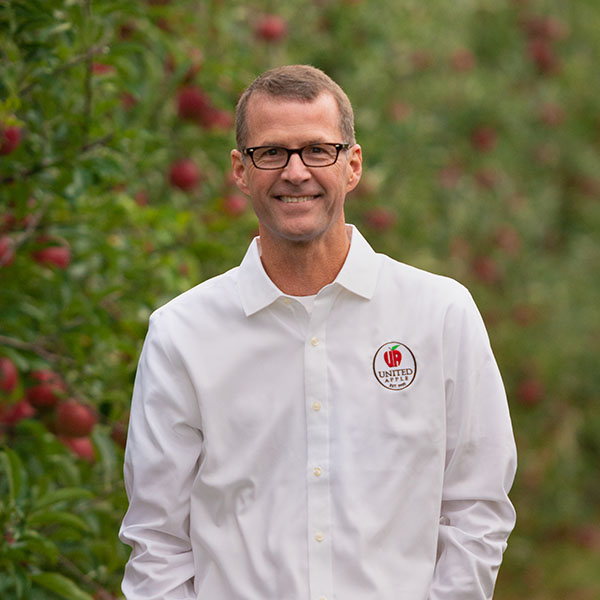 Born and raised on the family fruit farm in Western New York, Ward returned from four years at John Carroll University to join H.H. Dobbins Inc., Thruway Produce and H.H. Dobbins and Son in 1986. He has since purchased United Apple Sales and is kept busy overseeing and guiding the direction of the four companies. Ward is on the US Apple Export Council, The New York State Apple Marketing Order Board, and The New York State Horticultural Society Board. 585-765-2460 Ext. 110 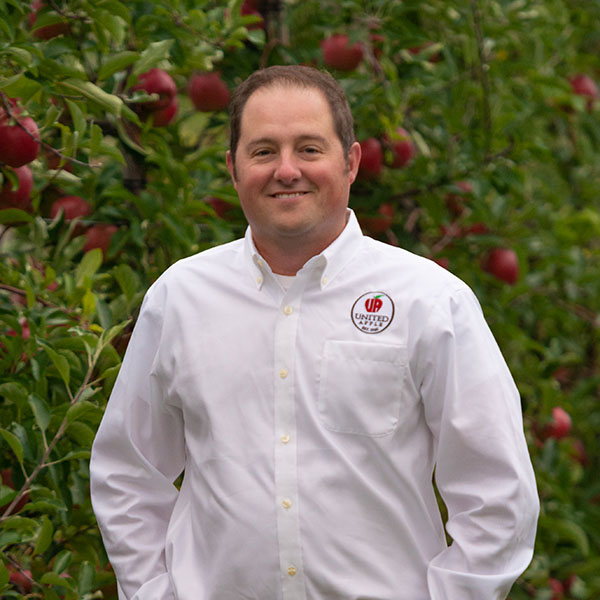 Raised on a fruit and vegetable farm in Ransomville, New York, Brett graduated from Cornell University in 1999. Prior to United Apple Sales, Brett spent 3 years on the family farm then he went into the grocery retail business with Aldi for 8 1/2 years. Brett’s main focus is sales management and business development. email 585-765-2460 Ext. 116 Cell:716-579-2643 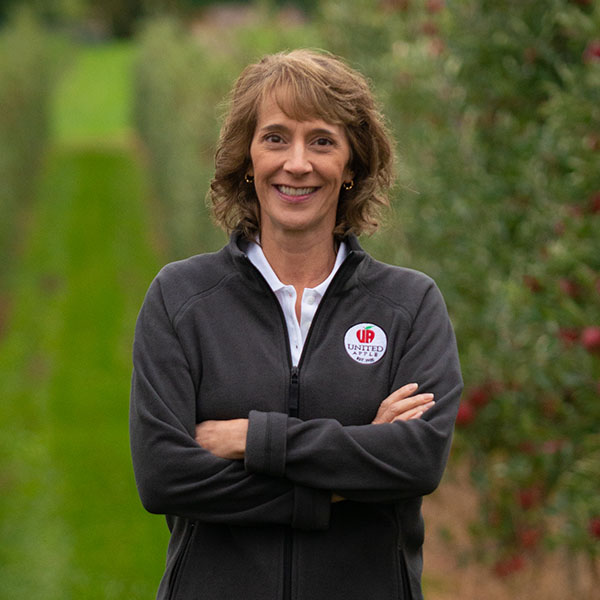 Sheila has worked in accounting and the banking business after graduating from the University of Buffalo with a degree in Finance. She has served in a variety of management and accounting roles at United Apple Sales and HH Dobbins & Son Farm, since joining the company in 2003. Sheila is a member of the Executive Management team and also manages United Apple’s community outreach programs with agricultural trade associations, charitable groups, and coordinating food donations to local organizations. 585-765-2460 Ext. 111 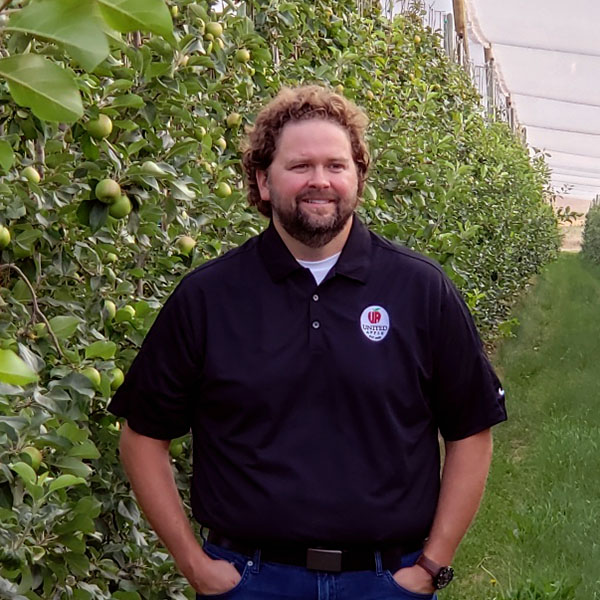 Josh is a graduate of Carin University in Pennsylvania and moved to Washington to the home of his wife’s family, which lead to his first job in the produce world. He gained experience working with some of the largest domestic apple firms in sales for domestic and international accounts. Josh joined United Apple in 2016 to help expand its sales footprint in the Northwest. He now manages western division operations for United’s office in Yakima, WA, where he has developed packing partnerships and assists with eastern crop and import sales. Josh is also involved with United’s marketing strategy and business development with the management/ownership group. email 509-317-2444 Cell: 509-580-0202 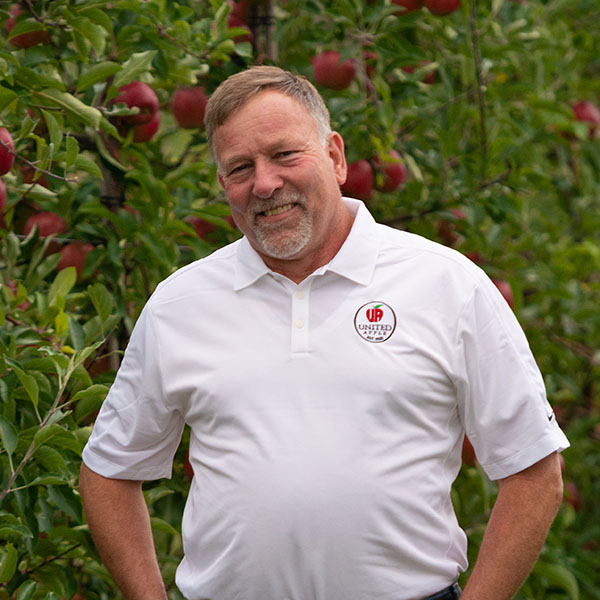 Ron has worked his way up through the produce business from Produce Clerk to Manager to Buyer and now to the Domestic Sales Desk with United Apple Sales. Joining the Sales Team of United Apple Sales during the summer of 2011, Ron is excited to return home to the Buffalo and Western New York area where he is nearby his family and the best Chicken Wings in the world. email 585-765-2460 Ext. 118 Cell: 716-491-9988 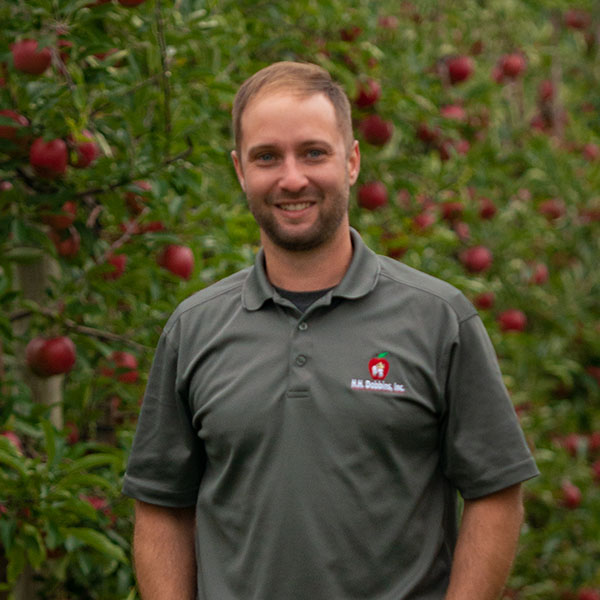 Justin grew up working on his uncle’s apple farm in western, New York. This is where he discovered his passion for agriculture and developed a strong work ethic. In 2009, he earned a bachelor’s degree in finance and economics from The College at Brockport. After college, he worked in finance for a brief period, but quickly returned to the farm. In 2016, Justin joined the team at HH Dobbins and Thruway Produce where he manages procurement and the farm. Other responsibilities include maintaining grower relations, recommending harvest timing through extensive fruit maturity testing, and coordinating short and long-term fruit storage. email 585-765-2460 Ext. 148 Cell: 585-350-9707 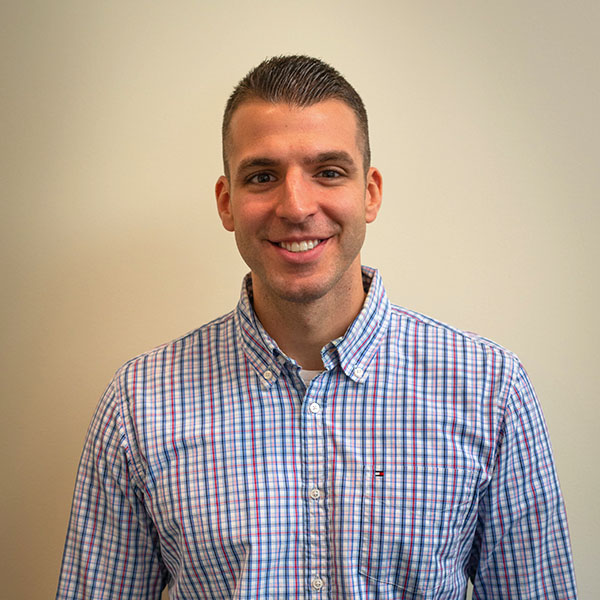 Aaron is a graduate of Canisius College where he studied Finance. Prior to joining H.H. Dobbins, he worked in banking and municipal finance. Aaron’s responsibilities include Accounting for the farms and Human Resources for HH Dobbins Inc. packing and cold storage operations. email 585-765-2460 Ext. 117 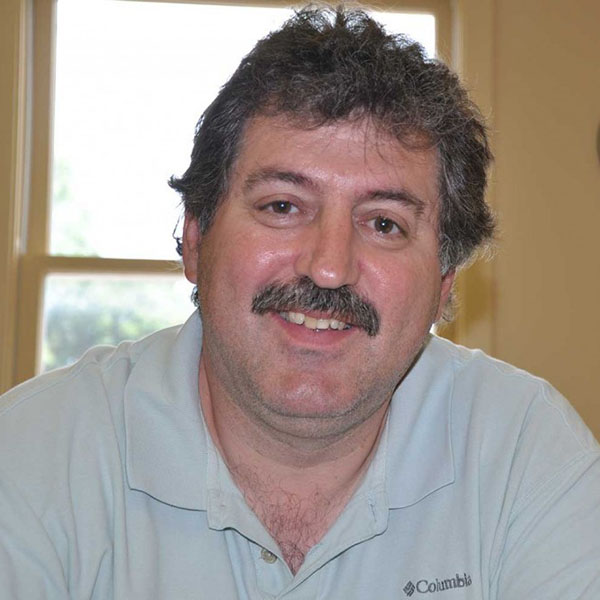 Dave has been involved in the Food Industry for 35 years and 23 have been in the Apple business. After obtaining his B.S in Accounting from Bowling Green University, Dave got his law degree from Ohio State. He brings a wealth of knowledge and experience to our companies. In addition to his financial responsibilities, Dave oversees Human Resources and Grower Payables. email 585-765-2460 Ext. 112 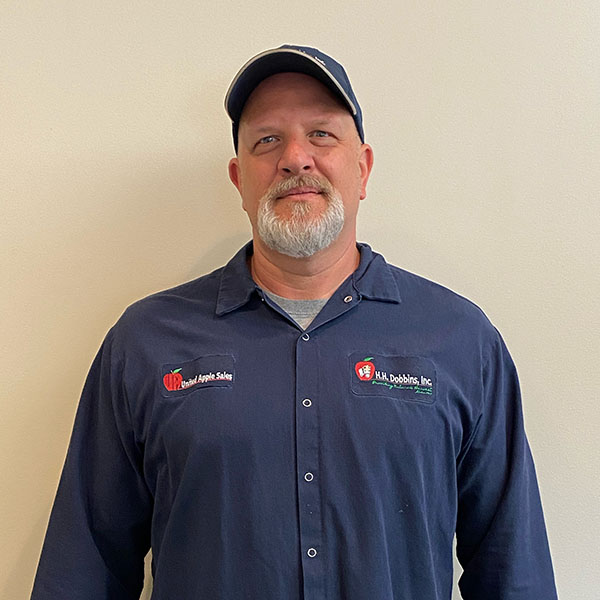 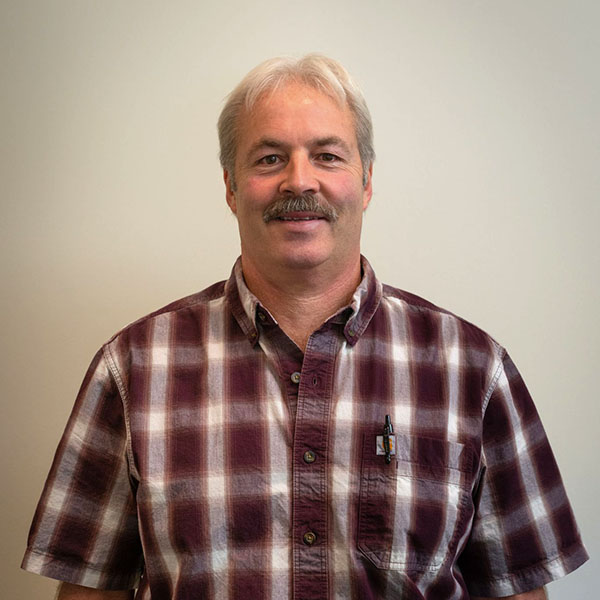 Jeff and his five brothers were raised on the family dairy farm where he developed his strong work ethic. He has been in Operations Management at H.H. Dobbins for the past 21 years and is responsible for the management of all storage operations, packaging procurement, and equipment maintenance. email 585-765-2460 Ext. 130 Cell: 585-354-2112 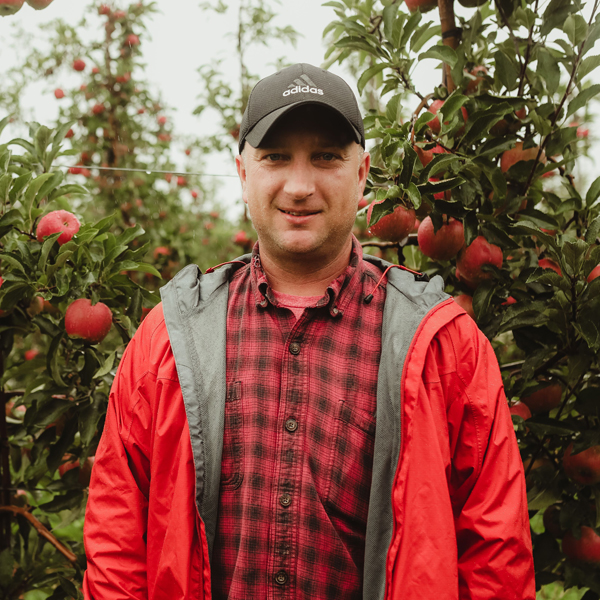 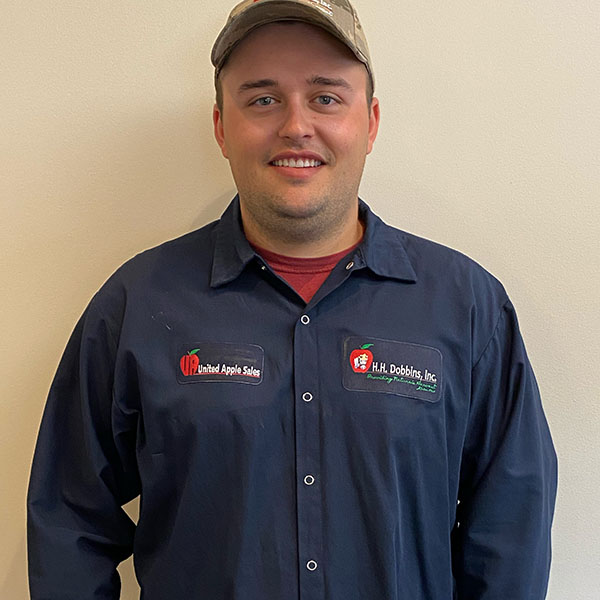 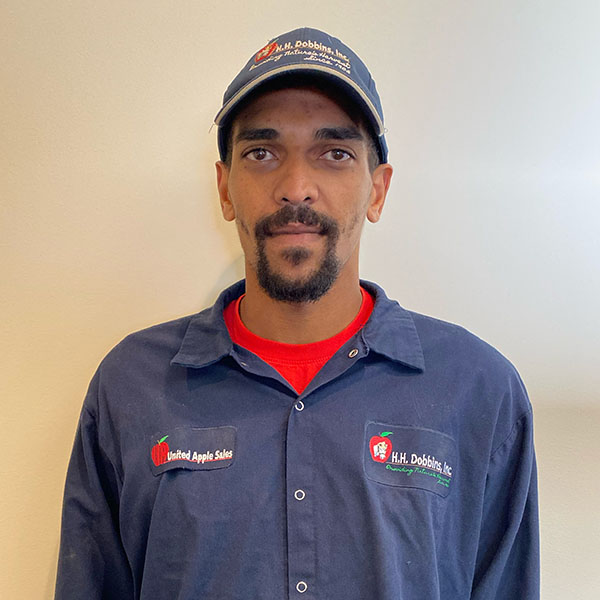 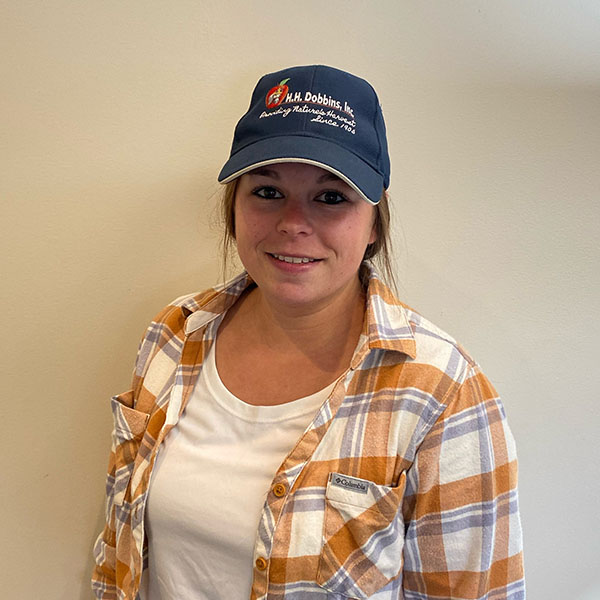 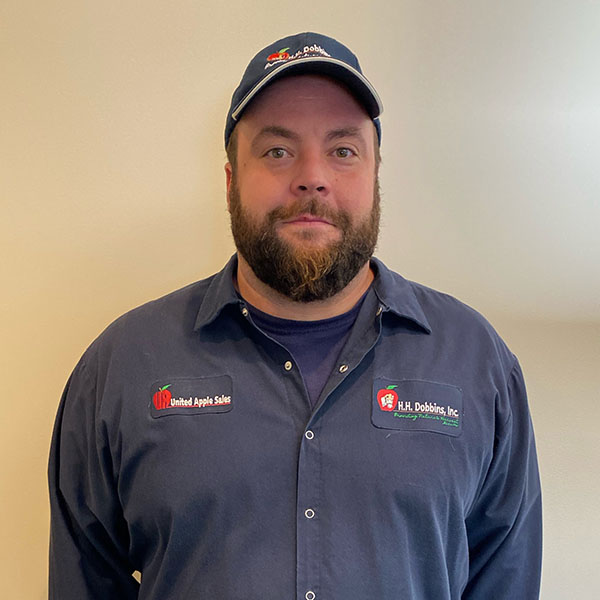 Sue joined our team in 2012. She has brought to us a strong background in sales support, office organization and she sets a terrific atmosphere in the office. In addition to being the friendly voice you will likely hear if you call our offices, Sue is involved in transportation logistics, customer support and order entry. email 585-765-2460 Ext. 145 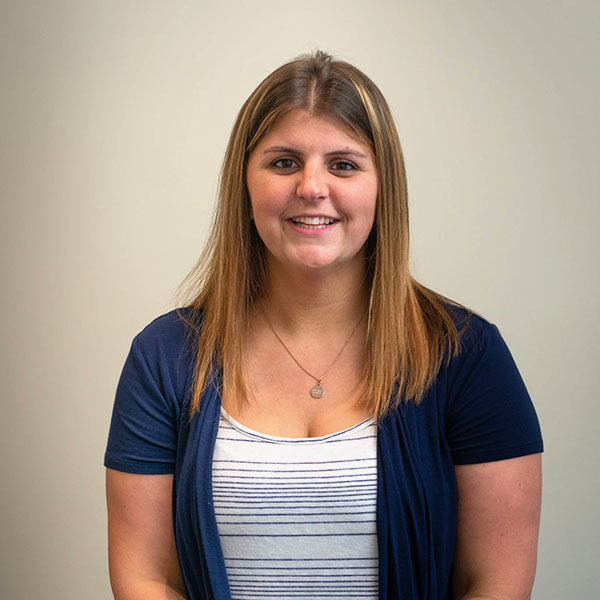 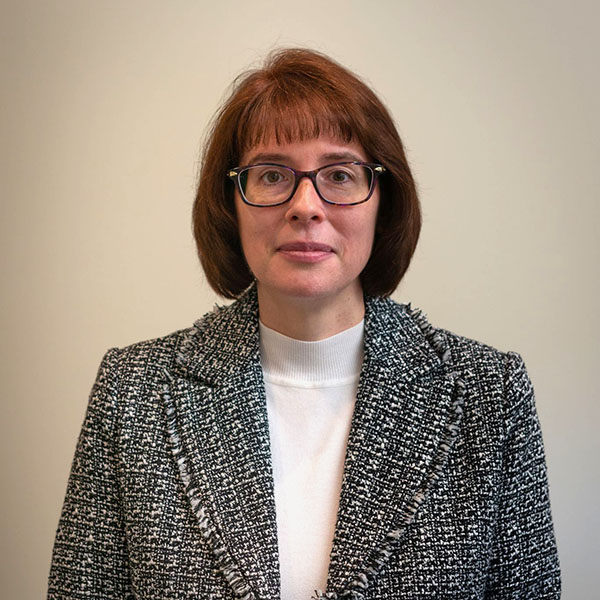 United Apple’s successful business model has driven the expansion of its operations to the upper Northwest with sales teams and packing partners located in Washington and Oregon. United’s dedicated sales team handles the needs of domestic retailers and export customers who are looking for the highest quality, most flavorful fruit. With orchards in the region and long-standing relationships with committed packing partners, United ships a full line of fresh apples, pears and cherries to domestic and international customers out of its West Coast operations.